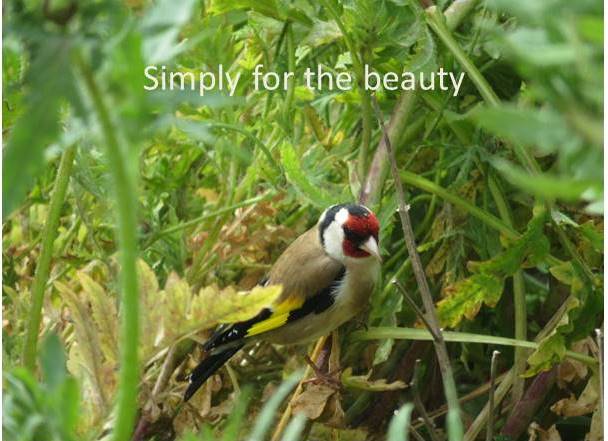 The Trinity, what a mine field of opinion! This Three in One nature of God (Father Son and Holy Spirit) that we celebrate in the Christian faith is often hotly debated, and I fear it will continue to be so for some considerable time!

On occasions I’ve had discussions with a friend of mine when we’ve talked about how, sometimes, people try to describe someone, or something, which in essence is indescribable, maybe try to encapsulate it in a little box, word or phrase that cannot possibly do it justice. I think the Trinity is one such concept. At the other extreme, some scholars and theologians will come up with such complicated and convoluted theories that it can leave you reeling. Worse still is when those theories become cause for division and resentment, flying in the face of messages at the very heart of the Gospels, messages of love, compassion, forgiveness and reconciliation. This is not to say I don’t think we should study, and seek a deeper understand of scripture, we should, I’ve been blessed by the writings of many scholars and theologians – But….

I’d like to share with you a few thoughts that have helped me in relation to the trinity and what it means to me. These are not statements of doctrine, or great theological insights, simply a small selection of the many ways our wonderful Three in One God can be viewed – trying to bear in mind the dangers of over simplification or complication described above.

The Father: There is a relatively common view of God the creator and maker who sustains all things – ‘The Head’. But fatherhood in the intimate sense of the Aramaic word ‘Abba’ used by Jesus and Paul in the New Testament, a word closer to daddy in English, a word the disciples were encouraged to use in The Lord’s Prayer? This is something so very special. Perhaps one of the most amazing and comforting images Jesus gave us (a favourite of another friend of mine), is in the story of the prodigal son. That wonderful account of the father welcoming home his wayward son with open arms, loving, forgiving, restoring and with such joy and enthusiasm. No matter how wayward we may have been, that is how The Father wants to welcome each one of us. It’s up to us!

The Son: Sometimes described as begotten of the Father. God, yet man, human yet divine. I’ve used this image a few times now, but I think it bears repeating. One of the ways Greek philosophers of old tried to reconcile this ‘new religion’ with their own understanding of God – was to describe Jesus like this:

‘A being other than the Father, but being derived from him with the intimacy of a flame which lights one torch from another; torchlight from torchlight, a phrase which in the fourth century became embedded in what we now know as the Nicene Creed. ‘God from God, light from light, true God from true God of one being with the Father….’1

In Jesus God shares our humanity, all its joys and sorrows, all its comforts and hardships. He came to us as a person we can relate to, teaching us in words we can still understand today , living a life of service and sacrifice as an example to us all, and finally suffering the pain of crucifixion on the cross, paying the price for our wrongdoing in order to reconcile us to Him.

The Holy Spirit: People often refer to ‘Breathing New Life’ into something. That’s certainly something we saw in events on the Day of Pentecost when the Holy Spirit came on the disciples (see last week’s thoughts). Because of those events it’s easy to think this is a post resurrection phenomena, however we see the Holy Spirit at work before Jesus death on the cross and referred to in the Old Testament. I commented last week on the Spirit’s versatility and it seems to me the Holy Spirit appears not just when there’s need for comfort, strength, wisdom or guidance, but also when there is great joy e.g. (Luke 1:41). The Holy Spirit is described as proceeding from the Father and the Son; a gift from God, and from Jesus, freely given to those who ask (Mark1:8, Luke 11:13, John 14:26).

A gift, once offered needs to be accepted, and this is true of the Holy Spirit. But I also believe that in God in His infinite mercy will impart His Spirit to those in need and whose hearts are open. Have you ever felt an unexplained feeling of strength, calm, confidence, or of being guided? It seems to come from nowhere, yet it sees you through an extraordinary episode in your life. As the name suggests (Spirit) it is not a tangible thing in the physical sense, but it is very real and can produce a physical change in the person who receives it.

My prayer is that through all the babble, (and yes, that’s what some of it is) we will all come to a greater knowledge of the love, mercy and forgiveness of The Father, experience the grace and humanity of The Son, benefiting from His teachings and example, and confidence in His redeeming act on the cross. And finally find fellowship and a palpable sense of the gift of The Holy Spirit in our lives, knowing its comforting, healing, strengthening and guiding power.

Now may the Grace of our Lord Jesus Christ

The Love of God

And the fellowship of the Holy Spirit.

Be with each one of us today,

Tomorrow and in whatever the future holds.