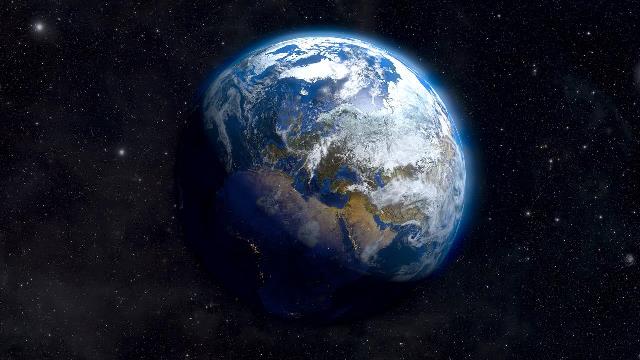 Our thoughts this week start I’m afraid on a rather serious note. They’ve been prompted by the events in America that have spilled over into the UK and other places. I don’t, however, want to consider those specific events, but rather the wider issues of violence and protest, negative and positive whether Individual, Institutionalised, Public, or Mob.

We’ve seen, during this period of isolation and lockdown, the most amazing acts of kindness, compassion, courage and more… Sadly though we’ve also see acts of selfishness, opportunism, domestic violence and more… This polarization of behaviour often brings with it the spectacle of protest. This protest can manifest itself in many ways, marches, letters to the editor, angry exchanges on TV’s question time, angry confrontation in the House of Commons! Yes, and more….

When it comes to protesting I think we have to begin by asking not only, what are we protesting about? But also, what are we trying to achieve? The most obvious answer and the one I suspect most people would give is ‘Justice’ but justice for who?

It’s always dangerous to categorise people but for the moment I’d like to consider three types of protestor: The Peaceful – The Angry- The Opportunist. Let’s consider these three types and their search for justice. Here, of course, we can only do this at a very superficial level, but I think it’s worth doing. We’ll start with the negative and work to the positive.

The Opportunist: Nearly always violent. It’s sad to say but there will always be those who take advantage of a difficult or contentious situation for selfish and malicious reasons. They’re bent on causing mayhem, violence and destruction, using the situation to loot and steal and I think it’s fair to say, there is very little focus on justice of any description. Having said all that – and I do believe it to be the case – I also think as a society we must ask ourselves, what is it in people’s lives – or what’s missing – that drives them to such behaviour? Are all of them entirely malicious and nasty, or have some of them been damaged by us? And by ‘us’ I mean society. Another thing to consider, are they not all God’s children? More on that later.

The Angry: There are many people who will join in protest with anger, or become angry and sometimes violent as time goes on. As with the opportunist, the violence can’t be condoned, but can it be understood? Well yes, I think perhaps it can. Most who are likely to read this will, I suspect, never have suffered the levels of violence, brutality, oppression, abuse…… that lead to such protest and demonstration. Nor have we known family members or friends who have. Do we know how we would react? I suspect not. So no, we can’t condone violence but we can try to understand the anger that causes it, brought on through the frustration of injustice and the lack of progress to put it right.

The Peaceful: For me the finest form of protest is the one that is strong, passionate and peaceful. Where there is a clear focus on truth and a genuine search for justice. What I find so poignant is how often the families of victims, of all kinds of violence, are the ones who call for calm and an end to further violence. They’ve seen enough of it, they’ve seen its result in their own lives, the loss of a loved one, trauma, the devastation to entire families. Their search is for truth and understanding. Not just understanding of what happened, but for people to understand them and the position they now find themselves in. They desperately want to break the cycle.

Justice is a word I’ve used a few times here, but what is true justice and how can it be achieved? Again a huge subject but one thing I’m sure of – True justice cannot be achieved without truth, understanding, forgiveness and reconciliation,

When I decided to tackle this subject I started to read (for the second time) a wonderful book recommended by a friend ‘GOD HAS A DREAM’ subtitled ‘A VISION OF HOPE FOR OUR TIME’ by Desmond Tutu. I thought I would pick my favourite quotes from the book and share them with you but soon realised I would end up typing in half the book! It’s a book that takes on this subject, among others, and is full of honesty, compassion, understanding, humour, faith and hope. Tutu’s love for humanity, indeed all of God’s creation in its entirety comes flooding through. His dependence on God and his desire to follow the teachings of Jesus are clear, how all of us, each and every human being is special to God, all God’s children are to be loved and have dignity. God is wanting to embrace each one of us, regardless, Like the Father in The Prodigal Son story mentioned last week. We won’t always agree, but we can try to understand, to be reconciled even in our differences, to live in harmony. It’s a big ask, but we can all make a difference. Desmond Tutu talks about a statue in a church in Rome, it’s a statue of Jesus with no arms!

Below are references to a few of many Bible passages that may help on this subject. In the meantime, Jesus tells us to ‘love our enemies’ (Matthew 5:44). When we try to resolve a conflict we sometimes say ‘let’s bury the hatchet’….. This is what Desmond Tutu asks:

‘How then do we embrace our enemies? How do we get rid of the hatchet forever instead of just burying it for a time and digging it up later?’ 1

A thought to ponder, but it seems to me, truth, understanding, compassion and forgiveness might be a good start.

‘… for every act of evil there are a dozen acts of goodness in our world that go unnoticed. It is only because the evil deeds are less common that they are “news”.’ 1

A number of Astronauts have looked back at the earth and wondered at God’s creation. Some have wondered how it is we cannot live in harmony on our wonderful planet. On Christmas Eve 1968 the crew of Apollo VIII (William Anders, Jim Lovell and Frank Borman) broadcast a Christmas message from space including the creation story from Genesis. The following, is a Prayer offered in space by Frank Borman (commander of the mission) the same night.

A Prayer from space

Give us, O God, the vision which can see Thy love in the world in spite of human failure. Give us the faith to trust Thy goodness in spite of our ignorance and weakness. Give us the knowledge that we continue to pray with understanding hearts, and to do what each one of us can do to set forward the coming of the day of universal peace. Amen.

Frank Borman was also a lay reader in the Episcopalian Church.