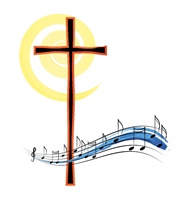 I don’t know about you, but one of the things I missed most about having church services delivered by Zoom was the music. For all Tony’s sterling efforts for Roxwell, things just did not seem the same without it; it was similar at Cooksmill Green, where some lovely tracks were posted online, but with the sheer physical oomph of singing, the sweat and the tears, (mercifully in my case!) edited out. Singing is a physical activity, and like all athletics, if you stop doing it, things start seizing up. When we began again, the high notes had got lower and the low notes higher and if you leave it too long, like hairline and waistline, they disappear altogether. It was cruelly ironic then to watch the crowds chanting during the Euro finals – but instructive too. They had no formal training, no choirmaster to bring them in, but singing flat out as a group, they coped with a difficult song like It’s coming home – nearly a dirge with very little melody, but somehow they found it. Conversely, one of the best things about restarting has been the singing outside – almost everyone joins in, there seems little self-consciousness and the results are surprisingly – like the football fans – accurate. We should have the same feeling of unity, of pride, that the Church in Cooksmill and Roxwell is coming home, it’s coming home.

You might well ask why bother to do the singing in church – why not go to a football match instead? Well, apart from the obvious that if you go to any of the clubs within a hundred mile radius, you aren’t going to win a title in your lifetime – it comes down to what you sing. Hymns are poetry – sometimes, perhaps most of the time, they are not very good poetry – and poetry does things to you. The first, and most telling thing it does to you is to put you in a position that may not have been yours, may never be yours, so that you empathise with the poet and identify with the experience. It takes you into new places. Take, for example, perhaps the greatest poem you will find in your hymn book – Jerusalem. It begins with a series of questions to which the answer is an emphatic no at every point.  Did the feet of Jesus walk upon England’s mountains green – unlikely, to say the least. But Blake asks us to imagine, just imagine that Christ had looked upon England – when he was alive, or when Blake was alive, or when we are alive. What would he have thought of it – and if we don’t like the answer “not much” then what are we going to do about it? The second verse similarly doesn’t make sense in any literal sense, but as a commitment to “mental fight”, to struggle to make things better in our country, a quest in which through singing the hymn we are joined, it is unequalled. It does of course help that the music matches the magnificence of the language. Or take another great hymn, Be still for the presence of the Lord. The first two verses take us into the story of the Transfiguration: it as if we were there with the disciples. But the third verse brings us back again to here and now. We are told to be still and to sense the power of God here, in this place, but more – that power is moving and we have to move with it. And the wonderfully simple music will sweep us up into that movement. If we let it. If we let ourselves go with it.

Another aspect of hymns is their theology or doctrine. We still sing hymns from the Middle Ages so it’s not surprising that in doing so you tap into ideas about God that have markedly changed. Some of the changes are for the better – I suspect, for example, a hymn I sang at primary school, Over the seas there are little brown children is not poised for a comeback! But when many modern hymns are pretty empty of content, it is instructive to hear, instead of Trust and obey – there is no other way the meaning of Christ’s sacrifice explored in Praise to the holiest in the height:

Which did in Adam fail

Should strive afresh against the foe

Should strive and should prevail”

The image of an ongoing  battle with the Devil, that in Christ’s crucifixion and resurrection God showed “wisest love”, these are not ideas that figure in bland “Yes, Jesus loves me” theology; but they take us to a deeper and possibly more challenging understanding of a God who can be angry with human beings and their failings, yet never willing to give up on them: that Jesus’s death represented a “satisfaction”, a making good, a restoration of the relationship between God and Man.

Finally, I would stress that music is a mystery. We don’t know why it works – you can analyse it to the last crotchet without being able to say why it has such an effect on us. It is a unique gift of God to mankind. No other creature has it in anything other than a rudimentary form. Interestingly, it is manifestly imperfect. If you divide the eight note scale, the basis of most Western music, equally by mathematical frequency, harmony and melody disintegrate. They need to be wrong to be right. It is as if God takes human imperfection and turns it into divine praise. It is not for nothing that one of our abiding images of heaven is of singing, of an angelic choir. And I can tell you that every person in our local choirs will have had the experience – probably not often, but every now and again – when something happens when you sing – the music, the words, the physical act of singing combine together to turn into something that transcends our daily ordinariness and raises us closer to God. So, it is a cliché but it is deeply true: when you sing out you let yourself go, you lose yourself in it, you are taken out of yourself. It can, it should be a heightened religious experience. And God will, I promise, bless you for it. And forgive the occasional wrong note!

Heavenly Father, thank you for the gift of music.

For the many beautiful hymns written over the centuries

And for the artistry of those who have written them.

Open our ears and eyes to the words that teach us of You.

Thank you for the composers of the music,

Which help us to lift those words to You

In thanksgiving and praise.

Take our voices, and let them sing

Always, only, for our King.