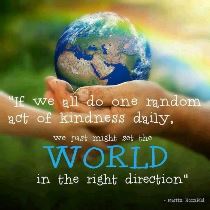 Thought for the Month – September 2021

It would be hard I’m sure, not to have had some thoughts or point of view over the recent events surrounding the complete withdrawal of troops from Afghanistan, in particular the humanitarian tragedy that continues to unfold with it. You can debate in earnest as to the political perspective of why it happened, but what you cannot argue over is that there have been catastrophic consequences for the Afghan people, consequences that require both a shared and unequivocal response to aid them with their devastating plight. Reports state that over 100,000 have been evacuated, relocated globally to escape persecution or worse, though an estimated 250,000 remain who also have rights to be relocated due to their assistance given to the occupying forces, but who now cannot escape as routes are closed and so are making for the awaiting people traffickers at the various borders. The one thing they all have in common is their label ‘refugee’ and if we are honest, that word conjures up all variety of connotations for any country that steps up to offer them assistance, especially where words such as ‘Immigrants’ and ‘refugees’ hotly fuel the divide of the political spectrum.

Setting aside the political context of their displacement, there remains the fundamental need to stop seeing our fellow human beings as statistics, as a mere consequence of foreign policy or yet another stereotypical social burden as they land upon our shores, because like it or not, the reality is that they are essentially you and me, only a lot less fortunate in circumstance. However, that reality will probably not shield them from still being treated differently, either because of an uncommon culture or a perceived (media generated) beneficial advantage, obtained without being earned, which serves to create the divisive ‘them and us’ scenario. Whatever private views we may hold as individuals, we are all very much called to be unified through our Christian faith in ‘loving our neighbour’, which is why I could see God’s timely message of what is required of us, right there within the lectionary readings for this week. (James Ch.2 v1-v17, Mark Ch.7 v24-v30)

There is a tangible reflective comparison between the church that James was writing to and that of more modern times. The people of his church are seemingly convinced enough of the truth of the Gospel, enough to declare they have a faith, and they also like to meet regularly to display their Christian credentials, albeit it through words alone, along with the proviso that it doesn’t affect or change everyday life too much. They also apparently still choose who they wish to regard as one of their own, they prefer rich people to poor, clean people to dirty ones and those of status over those who have none, after all who doesn’t? They declare that through being people of faith, this is all that is required to be called a Christian and from which they will receive due favour from God, a kind of insurance policy for when times are hard or when the final judgement arrives, and so I thought “would it really be so unfair of me if I were to recognise similar contemporary comparisons, echoing around us today?”

The church that James writes to has adopted a ‘justification through faith alone’ theology, which also means “I believe therefore I am saved, and I really don’t have to do much more than that”. James categorically points out to them that this is not the case and faith without works has no substance, no life, in his own words it is ‘dead’. Now some might think that they would prefer Paul’s approach to the importance of faith and to our justification without works, after all it sounds a lot easier, but that would be taking his words out of context and would need a sermon of its own to explain why. In essence though, whether you prefer the thinking of James or of Paul, they both advocate that boasting about faith without works or vice versa, is not a path to salvation on its own, it requires a balance of demonstrating the depth of your faith by being ‘Christ active’ in the world around us. James writes in order to encourage his readers to live consistently with what they have learned in Christ, he wants his readers to mature in their faith in Christ by living what they say they believe, or as he so eloquently puts it, “fulfil the royal law according to scripture” but just how should we go about it?

There are so many things wrong in the world that it would be easy to become overwhelmed as to what we can actually and realistically achieve in changing it. The more you give and do, the more it seems will be asked of you, and if not careful, leaves you at risk of charitable burn out, it’s a human condition and not a measure of your faith. I sensed this in Jesus himself when reading today’s Gospel account, where He takes himself off to Tyre to get away from it all and to not be recognised, but as we all know, there is no escaping the needs of others and soon finds himself being asked of yet one more miracle, one more on top of the countless He has already performed. This time it’s the pleading of a Gentile, not for herself but that of her sick daughter, and it invokes a surprising response from Jesus, one not mentioned elsewhere in His ministry. He uses a derogatory description of both her and her daughter as ‘dogs’ and I wondered as to why He was being so provocative? Was it a test? Did He perceive her as just one more person wanting something from Him with nothing in return? Did she ask because she had a faith in what He could do or just because of the rumours that said He was able to? Was He simply just having a bad day, perhaps feeling a bit overwhelmed, tired and fed up, just like we experience? Whatever it was I do think He was surprised at her unassuming response, so full of humility and yet a potent claim to be recognised, not as a dog, not as a Gentile but one that is rightfully deserving of His love, just like the other ‘children’ He referred to.

It serves as a wonderful reminder that when you remove the tags that society give people, the ones that they fear, such as refugee, asylum seeker, immigrant and so on, that underneath we find ourselves simply looking at our own reflection, for we are all children of God and He has no favourites, so nor should we when it comes to helping others. It’s because of this that we have some amazing people out there doing just that, there are so many different people and organisations rallying to the desperate needs of the Afghan people, being Christ active with charitable donations of all description, all given over in the name of love for a fellow human being, it is so incredibly uplifting to witness that it begs the question, how good would it feel to actually take part?

Have you ever had that moment when someone laughs and it is so infectious that you find yourself laughing too, without really knowing why? Well, I believe being kind has the exact same effect, when someone does you the smallest act of kindness, the positivity of the experience causes a chain reaction within our spirit, one that perhaps without realising, causes us to do likewise to another, which makes them feel good, and so on. Maybe that is how we begin to change the world, one small deed at a time, using the multiplicity of one small act of kindness, so powerful and yet not overwhelming, available to all and always available to give.    Amen.   Danny

God, no one is a stranger to you

and no one is ever far from your loving care.

In your kindness watch over migrants, refugees and asylum seekers,

Ease the heartache of those separated from their loved ones,

Give hope to those who are lost,

and fortitude to those who have been exiled from their homes.

Bring them all safely to the place where they long to be,

Heavenly Father, help us always to be Christ Active,

to show your kindness to strangers as well as loved ones

and especially to those in need.

We ask this through Christ our Lord,

who was also a refugee and migrant,

who travelled to another land,

searching for a place to call home,

a reminder to us all.