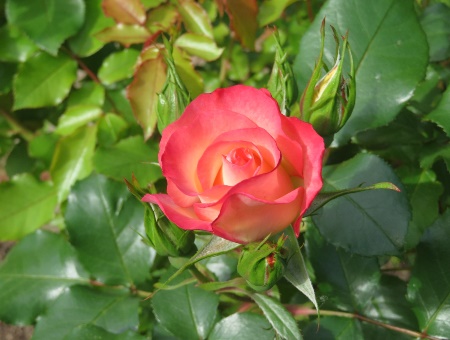 Thought for the week – Where is God in all this? 20th September

This week I’d hoped not to refer, yet again, to the times we are in. But sadly it’s hard to ignore, things are getting tough again, and as they always do in difficult times, people are understandably asking difficult questions, whether of governments near and far, local authorities, the W.H.O. – oh yes and God!… so let’s look at this, but not just in the light of today’s circumstances.

It’s not unusual in times of trouble for people to ask, ‘Where is God in all this?’ Sometimes it’s asked by people who say they don’t believe in God, but to have asked the question could lead one to suppose they’ve at least considered the possibility. Sometimes it’s asked by people who firmly believe in God but are frustrated, or maybe having a wobble. I’m a firm believer in God, but confess to having asked the question too, so it’s only from a believer’s perspective that I can consider the question.

The standard answer seems to be that ‘God is here’ walking beside us in whatever situation we find ourselves in and that He will lead us through if we will but trust Him. Whilst I believe that to be absolutely true, I think we have to admit that for many it’s not sufficient, it’s even an unsatisfactory answer – and it doesn’t address the second part of the question often added…. Why? I’m not going to suggest I can answer any of this satisfactorily, but I’d like to offer some thoughts – one in particular which I’ll come to later

For a moment let me take you back to the story of creation in Genesis. Whether you read it literally, metaphorically or allegorically, there are a couple of things I think all believers will agree on. The first being that God created the world and everything in it and the second that he gave humankind dominion over it. This second part immediately raises questions for me.

A few weeks ago in one of our weekly thoughts we considered how there were probably sufficient resources in the world for everyone, the problem was the disastrously unfair distribution of so many of them. In tandem with that thought we should also consider the use and manipulation of all the world’s resources. You don’t need to be a genius to see that some are used for the common good, to try and benefit all people, animals, the environment….. Sadly of course the reverse is also true and precious resources are used for destruction, selfish greed, national domination, despotic power…….

All the things I’ve just mentioned are carried out at many levels and intensities in the world, within nations, communities, families, and by individuals and all will have an impact, good or bad, on someone.

For some time now I’ve tried, when posing a difficult question, to turn the question on its head – not to ignore it in the way some of our politicians do – but in order to examine if I’m actually asking the right question.

Some people will be familiar with the saying from John F Kennedy’s inaugural speech when he became President of the United States in 1961. “Ask not what your country can do for you – ask what you can do for your country,” This brings me to the thought I said I’d come to, but first:

If we accept that God created the world and everything in it, if we accept that (assuming we steward them properly) there are sufficient resources to go round, and if we accept that God gave us dominion over them, we also need to look to the many prophets over the millennia who have tried to tell us about this ‘God’ and His desires for His creation and humankind. We should also look at the teaching of His Son Jesus and consider the blueprint he gave us for life, the way we treat each other and to value the world around us. Even today there are still people who try to warn us about our destructive behaviour. Given all of this, maybe, just maybe we should reconsider the question ‘Where is God in all this?’

As a world, as nations, societies, cultures, families and individuals I think we also need to be asking the question ‘Where are we in all this?’ What is our responsibility, to each other, to society, to the world God created and gave to us to look after?

I’m sorry if this all sounds a little tough to some people, but I do believe God is here with us and that He’s given us everything we need. I also believe He cares passionately about each one of us and I do believe He will see us through, if we would all but listen and play our part – including me!

We thank you for the

Glories of Your creation.

Give us the wisdom

To know and understand

Our responsibilities to that creation

We ask your blessing on

All those who are

Vulnerable and anxious at this time,

Those who struggle to know

What to do for the best.

Give them peace in their hearts,

Replace their anxiety with hope

And give them strength to face each day

With the assurance that comes from knowing you.

These prayers we ask in Jesus’ name. Amen.