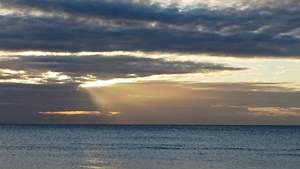 The astonishing things about being a Christian

To be a Christian is to be a philosopher. Strip away all the other aspects about going to church – the singing, the praise, the prayer, the scarecrows – and it comes down to this: we are seeking the answers to the big philosophical questions of our lives. Why are we here in this world? How did we get here? Where are we going? What should we be doing? Astonishingly, we ordinary people of Cooksmill Green and beyond, every week or more or less often, step into a church to wrestle with the answers to these questions and the implications of those answers. We talk to God, we praise him, we tell him we are sorry, but above all, we want to know him. And, as Pascal famously said, those who seek for God have already found him.

Tony Cant, the new Vicar of Roxwell, often (rightly) tells people off about rattling mindlessly through bits of the service, and I’m sure I’m as guilty as you are in this. Take the first lines of the Creed. In church, at this point I’m often thinking ahead to the next hymn and mentally practising it. And then…

I believe in one God,

Maker of heaven and earth

And of all things visible and invisible.

What tremendous words they are, and what we have asserted in saying them! • We have set ourselves apart from polytheistic religions like Hinduism and the religion of the Romans at the time of Christ. The Romans found it easier to understand the contradictions of life – if you drowned at sea it might have been because of a conflict between Neptune, who wanted to save you, and Jupiter, whom you offended at some point. Sadly for you, Jupiter pulled rank. But we have one God, and we have to think through life’s contradictions in the light of that. • God is like a father. He loves us. He is also almighty. That is what we say. And that sets up the question we all ask ourselves at some point. Why does a loving God allow bad things to happen to his servants, given that he has the power to prevent them? • God made the earth. He is a creator God. Yet he takes the long-term view: he made Man, but the process took a long time! How hard it is for us, who think in terms of days and weeks, to comprehend a God who sees and plans for millennia. Yet when we go to church, we take our everyday concerns and move them into his context of limitless time and space and beyond. Move over, Doctor Who – Christians live and move and have their being in a God who is Lord of more dimensions than our own. •

God made heaven, something we cannot see but which co-exists with what we can see. Science may eventually tell us everything about the visible world, but only through God can we come to what is eternal and unseen. •

And finally, these concepts demand from us a leap of faith and personal commitment. If we do not add – and mean – the “I believe” then we are separating ourselves from truth and reality. In four lines, then, we have the the fundamental basis of answers to many of the philosophical questions of life – and there are still another thirty lines to go! So, armed with these tremendous thoughts, what more do we need? Well, they are a starting point, not an ending. They do not answer the question of how we should live our lives in the knowledge of this truth. For that we obviously turn to the Bible. But the Bible is clear on some issues; on many modern problems it inevitably says nothing at all. Even when Biblical teaching seems unequivocal, it can turn out to be more questionable than expected. Take, for example, the commandment “Thou shalt not kill”. For pacifists, this is an absolute. Vegetarians may take this further and say that you should not kill animals; Jains would not knowingly kill any living creature. But the history of Israel as told in the Old Testament (and since) makes it clear that the nation upholds the right to fight and, if necessary kill aggressors that threaten its existence, believing that God sanctions such action. The commandment not to kill then was taken to refer to domestic law, which is how our society follows it today. We as Christians have to think things through in the light of our own sense of what God is calling us as individuals to do.

So, Christian philosophy is not set in stone, but is an evolving entity. Often, in seeking to follow the way of Christ, we are faced with a conflict between different principles. On contraception, for example, the Catholic Church’s historical position has been that conception is a “natural” – and therefore “right” – outcome of human sexual love. Others may set against this the idea that God gives us “free will” to make (some) life choices; furthermore, many will argue that children should only be brought into the world in conditions where they can grow up properly cared for, supported and loved; others again will say that taking a pill to stop conception is no less “natural” than taking one to stop a disease. Many modern questions about human relations – abortion, gay marriage, trans-gender, for example – involve us in the same kind of personal decision about which moral principle should take precedence in determining our own viewpoint. I am sure that Jesus would have relished such debate. One of the few glimpses of his childhood shows him arguing with and questioning rabbis in the Temple. His own teaching technique owed a lot to the rabbinical method beloved of Jewish thinkers, asking questions, telling stories, teasing out the heart of a moral dilemma in order to open up the path to understanding and wisdom. I believe that today, sermons in church are at their best when they do the same: we all need guidance in opening up our hearts to what God is saying to us. There is a place sometimes for simply restating simple things by and for simple minds, but most of us have known the disappointment of coming from a service having heard nothing new, nothing challenging, nothing but what Basil Fawlty referred to as his wife’s specialist Mastermind subject. So I give thanks for my fellow thought-writers, and for preachers who challenge and inspire every time. Do I name names?

I could mention Rev. Rob Cadman, who explores the mystery of God’s ways from the point of view of a Crystal Palace fan. And then there’s Rev. Mike, whose sermons are invariably Aston-ishing… Sorry, Justin – you didn’t make the final cut!

In this world of ever more complex ethical and moral dilemmas, Help us to listen for your voice.

When we face difficult choices help us to hear, through the clamour of earthly voices, your still small voice of calm guiding us in right paths.