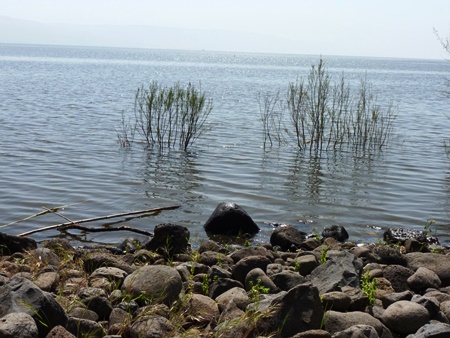 This week sadly I feel I need to revisit a subject we covered not that long ago. I also think that maybe it’s time, not just for a message of hope, but a call to arms as well – more on that later. Once again, as we watch our television screens we see different responses to events that have occurred across the world. Again we see such marked contrasts in how people react to these events. As before I don’t want to make comment on specific cases – if for no other reason, I wasn’t there – but on responses I’d just say this. We see, following the sentencing of a mass murderer intent on dividing a community, how that community chose instead to come together in love and respect. By contrast, elsewhere we saw how some will use any excuse to create violence and mayhem, with no regard to the voice of a victim’s mother – telling people that the violence did not reflect her wishes, or her family’s and calling for calm and peaceful demonstration. I’d just add that we must take care not to look judgementally at other countries and reflect on the violence that occurs on our own city streets, including knife crime.

What’s the solution? Unfortunately, as I’ve said before, I don’t have the answers. But as last time I’d like us to consider things that may help. ‘Leadership’ must surely be part of the solution. However this is another area where we have to stop and think. Leadership of who by whom. We can all be guilty of turning on governments and national leaders and stacking all the blame on them – and yes it’s true that at times they do play a vital role – but we need to look closer to home as well. What about community leadership, leadership in schools, youth organisations, sporting bodies… and yes churches! One problem is that many potentially good leaders shy away from the responsibility of the role for a number of complex reasons, particularly in today’s society. One feature of great leadership is that it can be very costly. One person who knew that only too well was Jesus. Jesus paid the ultimate price for his leadership on the cross at Calvary, and many men and women have subsequently followed his example. Thankfully following Jesus doesn’t always end the same way and the rewards can be priceless.

Jesus’ leadership brought about the birth of the Christian church. We must of course acknowledge that the church hasn’t always got it right, in deed sometimes it’s acted very badly due, it has to be said, to highly suspect leadership that didn’t follow Jesus’ blueprint! But where the church and its people have faithfully followed the original leadership of Christ himself the results have been life changing and life giving. This has been true even in business and commerce. Take the example of the Quakers John Cadbury and Joseph Rowntree (for those that know me, no I didn’t pick on them because of the chocolate connection)! Less well known perhaps is Titus Salt, a successful businessman who worked to improve conditions for his workers, He built a model factory and village in Saltaire (near Bradford). With his Methodist faith, he brought a social conscience to capitalism at a time when many industrial workers lived in abject poverty. And then of course there is another Methodist, General Booth who founded the Salvation Army. A member of the Salvation Army was once questioned on radio about all its military terminology – I mentioned at the beginning a call to arms – I don’t remember his exact words, but in essence he responded by saying how wonderful it was to be part of an Army who’s only weapon was love.

All these people and many others are fine examples of leadership, but do we ever consider our own leadership role? Yes, I believe each one of us, at different times in our lives, are not only subject to leadership, but called to lead sometimes in small but very effective ways. One leadership quality often espoused is that of ‘leadership by example.’ Each one of us, by our actions, is setting an example to those around us, actions that can lead people to respond in a particular way. At the extreme the example a person sets can affect another person’s whole life. That’s quite a responsibility on all of us

Coming back to where we started. How do we respond in times of conflict and crisis? Do we set, or follow the example of some and fan the flames of conflict, or do we strive to pour on the healing balm of Christ’s love? We are all leaders and we all have a responsibility to each other, especially to the weak and vulnerable.

When it comes to these situations there are many sayings of Jesus that come to mind –listed below are just a few, some we’ve looked at before – but I have to admit there are times when I find some of them a huge ask and exceedingly difficult to live by, day by day, hour by hour. But maybe it’s because they are so important that they are so difficult.

So my ‘call to arms’ is to follow Jesus’ example and my sure and certain hope is, that by doing so, we can change things, even if it’s only one small step at a time. Finally, ‘May the God of steadfastness and encouragement grant you to live in harmony with one another, in accordance with Christ Jesus,’ (Romans 15:5)

43 “You have heard that it was said, ‘You shall love your neighbour and hate your enemy.’ 44 But I say to you, Love your enemies and pray for those who persecute you, 45 so that you may be children of your Father in heaven; for he makes his sun rise on the evil and on the good, and sends rain on the righteous and on the unrighteous.

29 If anyone strikes you on the cheek, offer the other also; and from anyone who takes away your coat do not withhold even your shirt. 30 Give to everyone who begs from you; and if anyone takes away your goods, do not ask for them again. 31 Do to others as you would have them do to you.

All bible quotes are taken from the New Revised Standard Version (NRSV).

To the world we pray

Guide and strengthen all

Who are in positions of leadership

Fill them with wisdom and compassion.

Help each one of us

To spread the healing power of

Your love in our daily lives.

Now and for evermore. Amen.